Sex before marriage is viewed as a normal and healthy part of most relationships. But for singles living the celibate lifestyle, sex is not an option. However, remaining abstinent is not an easy task. Many singles make mistakes and place themselves in challenging situations that threaten to end their sex-free journey.

No Sex Before Marriage – Don’t Make These Mistakes

One of the most important things celibate singles must remember is to stay true to themselves. Never present a false version of the real you. The person you are dating should always be aware of your stance on premarital sex. Pretending to be a different person is very misleading and unfair. Don’t allow yourself to be portrayed incorrectly. Keep it real.

Don’t act as if you are “giving it up” if you have no plans at all to have sexual intercourse. From the very start, tell your partner there will be no sex before marriage. It’s only fair. In addition, it helps to reduce disappointment. Both parties may gain feelings early on. Therefore, you should make sure the truth is revealed.

If you feel a person won’t be accepting of your lifestyle, he or she isn’t for you. That’s a good sign you should move on. Don’t be afraid to be who you are. You should always stand strong for the things you believe in. Never hesitate to be open.

Watching Netflix and “chilling” are typically very common things to do while dating. However, when you’re abstinent, it shouldn’t be very common at all. It should be uncommon as a matter of fact. Especially if there’s a strong physical attraction between two people.

Watching a movie on a date, likely in the darkness, can increase sexual tension. Therefore, this environment should be avoided altogether. Especially if it’s hard to control sexual thoughts and desires.

If a celibate couple wants to watch a movie, the theater should be considered. It’s fun, quality time well spent, and an overall good time. Help yourself out, and don’t place yourself in tempting situations. You’ll make it much easier to refrain from “slipping up.”

If your intuition is telling you something isn’t right about a person, it’s usually spot on. Likewise, if the person you’re dating is telling you they aren’t sure about refraining from sex, they mean it. The problem is that most people think they can change others. Kind-hearted people especially have this problem. They believe they’ll be able to convince the other party to be abstinent as well. However, this usually doesn’t happen.

While a celibate person may convince other people occasionally, it doesn’t always happen. Why become attached to a person that doesn’t have the same values? Plus, it’s a no brainer they will eventually want sex. So, if you plan on remaining celibate, you’ll need to avoid dating people who desire sex before marriage. Simple as that.

Resist Sexual Temptation at All Costs

Flirting is a common practice. Most people like to flirt. It’s a proven fact. However, flirting while celibate isn’t always innocent. It can often involve sexual innuendos. This sets the stage for lust and temptation.

A little sexual flirting via text message never hurt anyone right? Wrong. Very wrong. This type of flirting can land you in the wrong position (no pun intended). It also takes one’s mind to a place it shouldn’t travel. A sexual place. So, refrain from going there altogether.

Sleepovers are a big no-no. Most people sleep in the same bed during a sleepover. In a few rare instances, couples may decide to sleep in separate places (i.e. bed, couch, etc.). But this isn’t common.

All in all, sleeping at each other‘s residences typically is not a wise decision. Of course, everyone’s celibacy journey is different, and some couples are able to handle challenging situations better than others. However, most people can agree temptation occurs in the bedroom.

So, if sleeping in the same bed is a normal practice for you, and you can remain abstinent, kudos to you. But in most cases, that’s unrealistic. The goal is to stay celibate until marriage. Keep it that way.

Touching one another is considered foreplay, and it opens up the door for more. Once two people dance with temptation, it’s hard to stop things from progressing further. So, take several steps back. Don’t fondle.

Once a person realizes the individual they’re dating isn’t for them, they should leave. However, many people choose to stay around way too long.

It may be disappointing to discover you’re not meant to be with a particular person, but don’t waste time. Time is precious. Therefore, it shouldn’t be misused. There are plenty of other eligible singles in the world. Don’t get too caught up on one person.

This is a big one. Ignoring God can lead to heartbreak. God gives us intuition. He also drops signs when we’re dating. He’ll let us know if we need to end the relationship.

Refraining from listening can only lead to one place. Distraction. Relationship distraction. If the Lord is telling you things won’t end well, believe him. He knows what’s best for you. If staying celibate is important to you, listen to God.

Prayer is one of the most valuable tools God gives us. Whenever you’re dating a new person, pray about it. Pray to see if you should be dating them at all. Ask God to reveal his or her true intentions.

Without prayer, mistakes happen. Allow God to guide you. Listen to his voice and act. If he says leave, then leave. He’s looking out for your heart.

Sex before marriage will always be tempting. However, that’s why celibate individuals must be mindful of their actions. Avoid placing yourself in situations where you’ll be tempted to slip up, stay true to your beliefs, and pray to God for strength. You’ll need it.

Don’t forget to visit Datingforthesoul.com for all the latest relationship and dating tips!

Also, if you’re single and ready to mingle, join the free singles database with our preferred matchmaking agency here!

7 Crucial Tips for a First Date: Topics to Avoid

Why Am I Single? 10 Possible Reasons You’re Alone 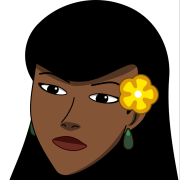 Lauren is a professional matchmaker and dating coach. She helps singles find love and find themselves. She is passionate about teaching self-worth, learning from past mistakes, and inner healing.

7 Crucial Tips for a First Date [Topics to Avoid]

7 Reasons to Marry the Nice Guy 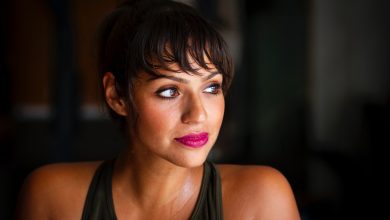 How to Stop Having Sex Before Marriage [15 Helpful Tips] 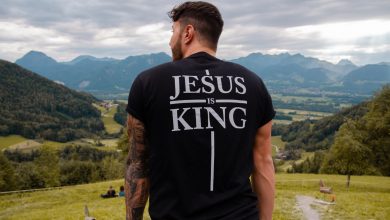 Can Men Be Celibate After Being Sexually Active?